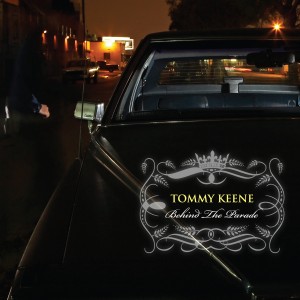 It would be easy to dismiss Tommy Keene for rehashing the same formula with each album. But with a Ramones-like devotion to the mid 60's pop anthems championed by The Who as well as early 70's power pop, Keene's stunning lack of commercial success has freed him to crank out yet another batch of soaring tracks that make Keene sound as vital today as he did on his classic Songs from the Film album.


This is album is loaded with ringing electric guitars, Keene's dry vocals and wry wordplay and thankfully not much else. Sure there are nice touches like the Belle & Sebastian horns that adorn opener "Deep Six Saturday", but mostly Behind The Parade sounds like another record full of stirring, sharply played songs in a career full of them.

(both songs on Behind The Parade on Second Motions Records)
Posted by Trip McClatchy at 5:02 PM