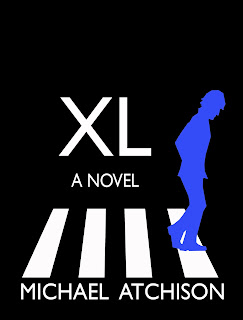 Posted by Michael Atchison at 11:55 AM No comments:

The Miners, Shark Tape and Superfive - Tonight at Milkboy! 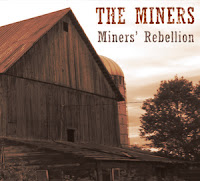 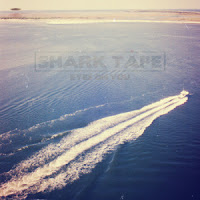 Three bands. Ten bucks. Tonight at Milkboy Philadelphia (). The Eagles are in the crapper, Andrew Bynum is the second coming of Jeff Ruland and the Flyers, with boatloads of young talent, can't be arsed to get on the ice. So what's that leave? Rock and roll, my friends. Rock and roll.


The Miners headline as they drop their debut disc, Miners' Rebellion, a six song cornucopia of lilting, mournful melodies that feature the dazzling pedal steel of David Thornburgh and Jim Callan. Lead singer and songwriter Keith Marlowe's no-nonsense vignettes recall the dusty charm of Green on Red's Dan Stuart, but even more they evoke memories of the late, great Philly roots rockers The Rolling Hayseeds.


The straight ahead power pop crunch of Shark Tape, whose late period Replacements inspired "Eyes on You" is gathering heat from WXPN airplay, are second on the bill. These young bloods are promising that tonight they'll be "releasing a new single and dancing on the moon beams", but I'm hoping to hear "Red Lights", because it makes me think of Cheap Trick's In Color, and you know that is a very good thing.


Openers Superfive (get there early!) feature the hook happy songwriting of former Conrad Michael McLaughlin and bassman about town Tom Szwech - check out "Happier Days", which sounds like a lost Plimsouls classic from MTV's The Cutting Edge. Dig it!


If you are like my brothers and me, there is never an inappropriate time to drop a Princess Bride reference. So I offer a Teenage Kicks salute to three honorary "brothers-in-arms" - it appears they are not lacking in chaaarms - the ESPN NFL Kickoff crew of Trey (Trip) Wingo, Mark (Kevin) Schlereth and Teddy (Scott) Bruschi... morons compared next to these guys as they drop enough Princess Bride quotes and reference to fill a wheelbarrow. Fun stuff.

Hat tip to Patricia Noonan... as you wish.

Bruce Robison - "My Brother and Me" (from Wrapped)
Posted by Trip McClatchy at 11:17 PM No comments: