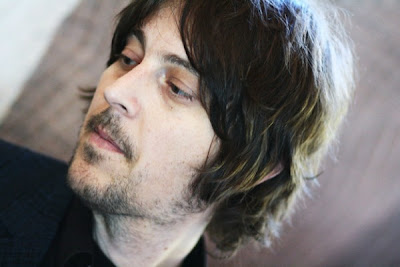 The first words on Salim Nourallah's most recent release, Hit Parade, are "this is the place to fall in love". And if you go weak in the knees for literate, Beatle-esque power pop, then Hit Parade is definitely the place to fall in love. Nourallah has been churning out breezy, melodic songs of love and loss for over a decade. There's a mountain of back catalog to explore, but it's hard to fathom that a songwriter this sharp, knocking out 3 and half minute nuggets by the dozens, has flown under my radar for so long. I live for this shit.


Having produced two Old 97's albums as well as Rhett Miller's 2009 self titled solo disc, Nourallah shares Miller's gift for turning simple, direct songs into hook happy, sing along psalms. "Unstoppable" chronicles the untapped, unlimited potential that lives in every five year old, and wouldn't sound out of place on an album by fellow Texan and pop savant Ben Kweller. But the main influence in evidence is the wistful side of Ray Davies, especially as Nourallah looks back on friendships squandered, lost and missed on the latter half of the album, where "Everybody Knows" and "The Quitter" quietly seethe and "Goddam Life"(featuring this very Kinks-ian "And when fall gives way to winter / You're standing in your favorite coat / The sleeve's ripped it doesn't fit you anymore / Another thing you loved outgrown"... ouch)  and "Friends for Life" are laced with regret.


If you are heading out to Union Transfer tonight, make sure you get there early to check out Salim Nourallah and The Travoltas as they set the table for the Old 97's and their Too Far to Care 15th Anniversary tour. And snag a copy of Hit Parade - it'll be right up your alley.

Posted by Trip McClatchy at 12:12 AM No comments: 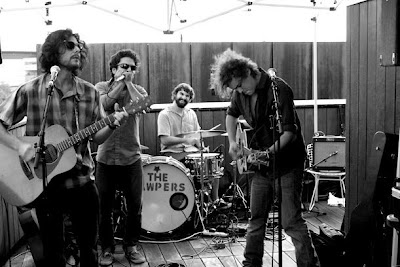 The Yawpers Capon Crusade, out this week (buy it here at cdbaby), is a badass record with giant balls. It's messy, loud, distorted and six kinds of fun. Hailing from and led by vocalist/guitarist Nate Cook, The Yawpers scrap like a dogfight between Saturday night and Sunday morning. Cook makes like a manic Peter Case fusing acoustic folk blues with cathartic, stomping rave-ups that explode like cheap beer flying out of wildly shaken happy hour long necks.


There are times when calling a group a "bar band" can seem like a pejorative. This is not one of those times. This is the band you want playing at your favorite bar... every night. Even when they hit "Rock Bottom", where "the floor is covered from door to bed in Rolling Rock and cigarettes", the band sizzles with a chaotic fever, the tempo driven by the downright nasty blues harp of secret weapon Dave Romano. I can't remember a recent rock record where the harmonica spit felt like it was leaking out of the speakers.


Capon Crusade mixes styles effectively, balancing the lighters aloft power balladry of the (slightly) overlong "Darkening Doors" with the scuzzy blues wail of bookend barnburners "Savage Blue" and "Silicone Love". "Mother" explores the need for connection and the desire to find home, and evokes prime Whiskeytown in the process, while "Replace Me" cops the Springsteen harmonica riff from "Promised Land". Currently on tour to promote their debut full length, The Yawpers expect to hit the Northeast next spring - watch this space for further updates.
The Yawpers - "Mother"
The Yawpers - "Rock Bottom"
Posted by Trip McClatchy at 12:01 AM No comments: 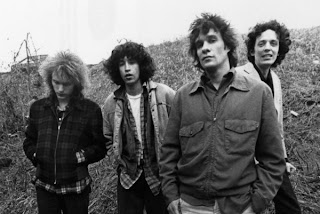 As reported earlier today by rollingstone.com, Paul Westerberg and Tommy Stinson recently got together and recorded 4 cover songs to benefit former band member Slim Dunlap, who's been struggling since suffering a stroke earlier this year. The songs were knocked out in one day and will be available by auction only in a limited run of 250 vinyl 10" EPs, and will include their version of Slim's "Busted Up". When Westerberg was asked about a possible Replacements album or tour, he said " "It's possible. After playing with Tommy last week, I was thinking, 'All right, let's crank it up and knock out a record like this.' I'm closer to it now than I was two years ago, let's say that." (Editor's note: Be still my beating heart)

Despite my general disdain for cash grab reunion tours, I'd be first in line for this one. With Westerberg's recent free release of the piano ballad, "My Road Now", it's wonderful to see a little activity from the Westerberg camp.

Paul Westerberg - "My Road Now" (from the internet)
Posted by Trip McClatchy at 11:42 PM 1 comment: