Happy Just to Be Nominated

Word comes today that this hastily assembled post from three weeks ago has earned us a nomination for the F#@%ing Great Post Award at this site. Despite being unaware of this award five minutes ago, we're sure that it's quite prestigious, and it will almost certainly be the greatest honor Teenage Kicks receives this month. Still, had I known this was a competition, I would have tried harder.
Posted by Michael Atchison at 11:56 AM 1 comment:

Everybody does it, and so would I.
Posted by Michael Atchison at 3:47 PM No comments: 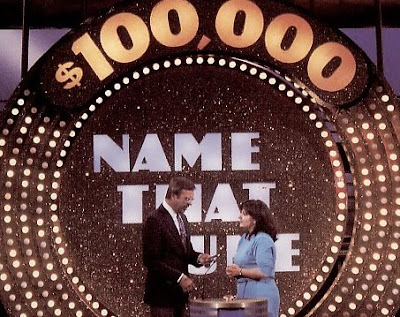 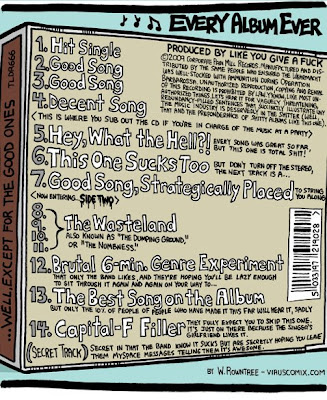 Check out the link to cracked.com so you can see Winston Rowntree's work of art in all its nuanced glory.
.
Sync this up with My Morning Jacket's Evil Urges... home run, my friend.
.
Hat tip: Some Velvet Blog.
Posted by Trip McClatchy at 11:06 PM No comments: 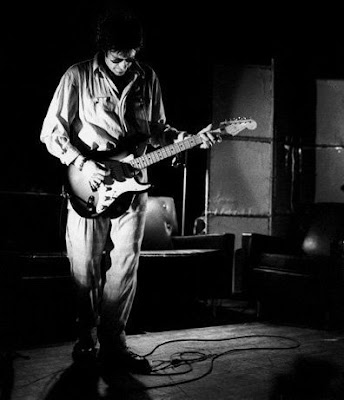 It seems impossible that Paul Westerberg, arguably one of the greatest American songwriters of the last 25 years, has gone virtually unheard on his quartet of 2008 releases. His slapdash promotional strategy of internet releases by different sources for varying prices with limited availability certainly contributes to his dimly lit profile. But even huge Westerberg fans were unaware of his three track release that became available on Christmas Eve.
D.G.T., available for the bargain basement price of $0.74 from Tunecore, leads off with a suitably shaggy rip of the Christmas staple "Away in A Manger" (here titled "Always in A Manger"), followed by a crackling version of the traditional country lament "Streets of Laredo" (you probably know Johnny Cash's version) that sounds exactly like you'd want a Westerberg country cover to sound, and it's starkly romantic tag "For I'm a young cowboy, I know I done wrong" is suitably Westerberg-ian. The third song is the title track, a shuffling gospel country blues suffused with enough punk rock spirit and scorched earth vocals to stamp it as Westerberg's best in years. He might not be back, but I get the feeling he's on his way.
So here's a link to the best 74 cents you'll spend this year.
Paul Westerberg - "Streets of Laredo"
Posted by Trip McClatchy at 3:43 PM 1 comment:

Years ago, in explaining the internet’s narrow-casting impact, I heard someone (sorry, can’t remember who) say that “in the future, everyone will be famous for fifteen people.”

That’s happening now. Lots of talented people are turning narrow interests into tremendous websites. And thankfully, our friend Lou is scouring the web to find them and send the links to us.

Today brings James Marshall’s HoundBlog, a deep and fascinating well of musicology, plus virtual museums devoted to The Beatles and The Rolling Stones, crammed full of ephemera, esoterica, eclectica and bootlegcetera available for download.

Perhaps the best of the bunch, though, in terms of faithful execution of an idea, is So Many Records, So Little Time, an examination of the proprietor’s fascination with the seven-inch single, complete with history, personal reflections, and photos of each record. And each single is available to stream, but not to download, which ought to please the folks at the RIAA, though somehow I suspect it won’t.
Posted by Michael Atchison at 2:24 PM No comments:

That which lies inside every reader of Teenage Kicks

Jonas Brothers At The Grammys

My 12 year old son just offered up this on-point summation of the Jones Brothers Grammy performance with Stevie Wonder - "They do white rock OK, but they are NOT funky. They just ruined Stevie Wonder's great song".

I am not a Jonas Brothers hater, but for the love of god who thought this pairing was a good idea? At least Al Green and Justin Timberlake made sense (both are soulful and Memphis bred), and Timberlake is badass.

Paul McCartney was simply amazing... I forgive him for Pipes of Peace.

The opening song by U2 was all flash, no substance and having those lyrics on a giant screen didn't help. The Edge is badass, though.

It’s been way too long since I posted anything of substance here. Trip has been carrying my dead weight for weeks. I had a bad case of the Januaries, which has turned into a middling case of the Februaries, with a lingering cold mild enough to leave me ambulatory, but significant enough to leave me uninspired. But today, dear readers, I will try.

First off, Bruce Springsteen, you may have heard, played halftime at the Super Bowl. Trip talked about it here, and I wrote last summer about the fine line the Boss has to walk because of all the contradictory expectations heaped upon him. Folks all over the internet have had their say about his performance, and I’ve not seen anything so badly dissected since my frog in 10th grade biology. Really, it’s like no one had ever paid attention to the guy before. Let’s delve into the criticisms:

1) The show was stagey. Yes, it was. As has been every Bruce Springsteen show in the past 35 years. The E Street Band is not the Replacements. Bruce doesn’t hit the stage, pull a set list out of his ear, and let it rip. Everything is calculated. Always. Go back to the 5 LP/3 CD live album. Listen to the stage patter about choosing rock and roll over law or medicine, or coming home to his father after failing his draft physical. You think he made those up on the spot? You think he didn’t do that bit every night? And when he says “c’mon Steve!” and invites his on-stage foil to share a microphone? Every show, folks, and in the same place every night.

2) It was corny. He changed words! A referee threw a flag! Quelle horreur! There is this notion that Bruce Springsteen is a stone-faced, no-nonsense, absolutely burning-in-the-moment rock and roller who is above making a fool of himself. Bruce Springsteen is a goofball. A god, an icon, and a first-rate dork. He has never been above telling corny jokes, mugging for the camera, preaching to the audience, or sliding on his knees across the stage. Springsteen is a pre-punk performer in a post-punk world. He’s the kid raised on Ed Sullivan and Yellow Submarine. Over his career, he has channeled Bob Dylan, Roy Orbison, Van Morrison and Phil Spector. And all of that earnestness has been leavened with a little Shecky Greene.

3) He committed heresy. There is a segment of the Springsteen fanbase, and a very large segment, for whom Bruce simply IS rock and roll. No other music matters. And for many of these folks, the songs are sacred texts. They are perfect as written and originally recorded, and to mess with them in any way is to stain a legacy. You may know that in order to fit his set into twelve minutes, Bruce dropped some verses from “Tenth Avenue Freeze-Out” and “Born to Run.” Some folks reacted to this by stumbling around like Fred Sanford, clutching their chests. First, anyone who expected anything other than some judicious editing clearly missed that Bruce wouldn’t be given his customary three hours to play. Second, you still have your albums; feel free to pull them out and hear the full scriptures. Third, the E Street Band is a vintage American R&B group, raised on soul revues, where this sort of thing was the norm. And fourth, stop. Just stop.

4) He got old. I am convinced that some people were expecting to see Bruce play the Super Bowl XII haltime show. 1978 was great. He was at his absolute best then. He’s still awfully good now, and the shows this past year were terrific. But anyone who thinks that now is as good as then is engaged in self-delusion, projecting a fading memory onto the present.

5) It didn’t change my life. It was twelve minutes of rock and roll songs you know by heart, friends. If it hadn’t changed your life by 1984, there’s no chance it’s going to happen now.

Got a couple of songs in the inbox from a Chapel Hill band called North Elementary. I don’t know a thing about them, so I’ll let you judge for yourselves:

The undisputed buzz album of the moment is Animal Collective’s Merriweather Post Pavilion. It’s a proggy-spacey-dancey-trancey record, and that sort of thing isn’t normally in our wheel house here at Teenage Kicks. And I’ll confess that when I listen to it straight-on, it makes no sense to me. But when I put it on in the backgroung, little fragments penetrate my ear and lodge in my brain. I’m sure I’ll be wrestling with the disc for a while before I know what to make of it, but I do know that the video for “My Girls” is motion picture blotter paper:


Enjoy the weekend.
Posted by Michael Atchison at 2:10 PM 3 comments: 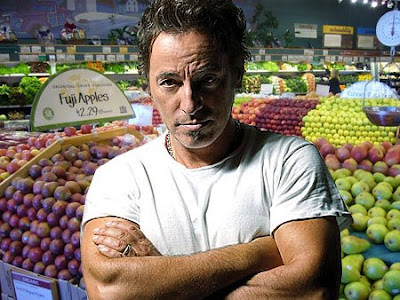 While The Boss gets alternately skewered and lauded for his Super Bowl performance and his new album, his acolytes continue to spread the word. For the record, the Super Bowl performance was fantastic. Sure Bruce was a little winded and I've got a strong feeling the slide into the cameraman was choreographed, but compressing the greatest rock and roll show of the last 35 years into 12 minutes was a daunting task. He gave the biggest audience of his life the biggest thrill - just by reminding us that rock and roll should be F-U-N.

"More a pile of exuberant initial forays than a fully realized statement, Working on a Dream rejects the finer points of literary-minded album rock and aims for the instant effect of a string of hits."

Ms. Powers states the above like having a string of hits is a bad thing only to be aspired to by the likes of The Jonas Brothers (whose latest album is full of giddy, fizzy power pop). I truly don't undertstand that logic - the problem with most of today's albums is the dearth of hits. If more albums had 10-12 songs and clocked in under 40 minutes, we'd have better albums. The compact disc format has allowed and even encouraged self indulgence so that artists don't feel the need to edit themselves anymore, to hone songs to perfection. Textbook examples are Adams, Ryan and Collective, Animal - both would be served by more concise writing. As would Springsteen himself - Working on A Dream would be a much better album if it was shorn of three or four of its clunkier numbers.

WOAD is a middling Bruce Springsteen disc - it comes nowhere near the artistic sweep and abundance of great songs (and it's always about the songs) of his 70's and 80's output. But slowing down after that artistic run only puts Springsteen in the same company as every other major artist with more than half a dozen albums under their belt (OK, I'll give you Tom Waits). But WOAD still contains a clutch of great songs ("My Lucky Day", "Surprise Surprise", "The Last Carnival" and "The Wrestler" among others) while also containing arguably the worst song of his career in "Queen of The Supermarket" - "57 Channels" send its thanks.

Enjoy WOAD for what it is - a woozy C+ effort from the most consistently electrifying rock and roll performer of the last 35 years.

Oh yeah... those acolytes - check out The Hold Steady's powerful version of "Atlantic City" (courtesy of Stereogum, as is the picture at the top) from the upcoming War Child benefit cd, out 2/24. And here's Brian Fallon of The Gaslight Anthem and his spare take on "Backstreets" (don't forget, Gaslight Anthem at The Troc in Philly on 3/28):