So this happened Saturday night... Generally I am not bullish on reunited bands reaching back for a cynical shake of the money tree and for the life of me I can't explain why. If the Baha Men want to tour for the next 30 years on the strength of the genius that is "Who Let The Dogs Out", and folks want to plunk down their hard earned to see them, who am I to argue? If Paul Westerberg and Tommy Stinson want to barnstorm with a couple of hired hands and call it The Replacements, sign me up. As a matter of fact, I did sign up for that one, and the show was amazing. If Westerberg is singing those songs, you can call it whatever you want, I'm in. And now the Faces (those still those with us) have reunited for a one-off charity gig and I salute them. I know all the reasons why it's a terrible idea - Plonk is dead, they should have done it when Mac was alive, Rod's a self-obsessed fop who looks like he just stepped off Thurston Howell III's yacht, it's not really the Faces without Tetsu - and I'm with you, but I don't care. If Rod Stewart and Ron Wood are in the same building cranking out early 70's vintage classics like "Stay With Me", "I'd Rather Go Blind" and "Ooh La La", then you bet your ass I'm in. As 1-2 punches go, I'll put up Rod and Ronnie against anyone.
Posted by Trip McClatchy at 11:06 PM 16 comments:

That shy, balding guy who seems a little off and looks the guy from High Fidelity's Championship Vinyl that's not John Cusack or Jack Black? That's Jens Lekman and he just happens to write some of the most wonderfully awkward conversational love songs this side of Stuart Murdoch. Listen here.


Since I am writing this about 16 months late, it seems like 3 Pears came out a decade ago. Of all the resurgent alt country artists that blossomed in the 80's (Lyle Lovett, Steve Earle, Nanci Griffith, etc. etc.), Yoakam is the one that has maintained the highest level of consistency in his recordings. 3 Pears brims with timeless honky tonk that puts the current big hat poseurs to shame. His best since Guitars, Cadillacs, Etc., Etc.


The purity of voice of Klara and Johanna Soderberg is the kill shot here. The foreigners' embrace of Laurel Canyon sweetness , Gram Parsons' Cosmic American Music and the immediacy and earnestness of Bright Eyes and Rilo Kiley is addictive, and they wrap it up in a delicate, homesick bow and sell it back to us much like every British rock band from 1963 to 1975 used American rhythm and blues as the template for rock and roll world domination. What's so great about The Lion's Roar is the promise of greater things.

I did flinch a little when I realized that 2 and 3 were adorable female fronted bands but so be it. Allo' Darlin's Elizabeth Morris will win your heart then break it with sophisticated pop songs that pack considerably more wallop than the ukulele sweet treatments that sometimes threaten to undermine the top flight songs. Absolutely gorgeous.


Rock and roll ain't dead. Am I right, Jake Hartline?

Craig Finn on The Replacements

My interview with Craig Finn yielded more material than could fit in print, including this exchange about seeing the recently-reformed Replacements play last fall.


You've made no secret about how big an influence The Replacements were on you. I know that you saw one of last fall's reunion shows. What did you think?
I loved it. I thought it was great. I mean, I saw them with Bob Stinson [original guitarist who was dismissed from the band in 1986 and died in 1995], so it was obviously not going to be the same, but it was ultimately a celebration of these songs. And I loved the fact that [band leader Paul] Westerberg looked like he was having a blast at the show I saw, and was really excited about that.

I saw them in Colorado on the night they came out in orange skirts. It was, um, transcendent.

Yeah, I've seen video of that. That looked pretty amazing. There are these songs, and they haven't run themselves into the ground, they haven't made, you know, a techno album or anything, so for them to come out and play rock and roll, obviously, they're down a few members, but I don't begrudge them that. I just had a fantastic time and I thought they sounded great.


Posted by Michael Atchison at 3:53 PM No comments:

My interview with Craig Finn from The Hold Steady.

It turns out that this blog is only mostly dead.

Last week I talked to Craig Finn from The Hold Steady for this week's issue of The Providence Phoenix. You can read the results here. If you go back through the archives, you'll know that The Hold Steady is the great whale of Teenage Kicks. It was good to be able to talk to the man who wrote the words to "Your Little Hoodrat Friend."

Posted by Michael Atchison at 1:54 PM No comments:

10. Cheap Girls - Giant Orange - Cut from the same melodic pop-punk cloth as Superchunk, Material Issue and mid-period Replacements, Cheap Girls offer nothing new and I love them for it. Stripped down rock and roll with big, fat hooks could feed my rock and roll jones for the next ten decades. And I can't get over how much lead Girl Ian Graham sounds like the Del Lords' Eric Ambel.

8. The Men - Open Your Heart - While I couldn't find my way in to the howling, distorted density of their previous Leave Home, Open You Heart opens their sound and delivers something in short supply these days - a rock and roll album played by Men. Ya dig Skate?

7. Mark Cutler - Sweet Pain - I reviewed this album for the Providence Phoenix in June 2012 and found much to love, noting "Sweet Pain is an understated stunner. Combining the subtle urgency of Tom Petty's Full Moon Fever and the weathered grace of Alejandro Escovedo, the album's charms unfold slowly and reward repeated spins." We need new music from Mark Cutler in 2014.

6. Gaslight Anthem -Handwritten - Continuing their winning streak, the Gaslight Anthem's tattooed  punk is perfect for two dollar PBR's and bar band sing-alongs. One of the best American bands of the last ten years.

With apologies (and Happy New Year) to my friend Sarah, here are my favorite 15 records of 2012. She says I am 11 months late, I say I need time and distance to critically evaluate a year's worth of music. She says maybe I'm lazy, I say maybe she's right. It appears that 2013 outshone 2012 with more spectacular releases, but 2012 still had much to be proud about it. So here goes (with special shoutout to Handsome Bob Brandt for keeping the faith... gotta love the kids!)

15. The White Wires - WWIII - a straight up power pop record, recorded like it was 1980 and no one was listening. And apparently no one was, as I found this youtube clip from a year ago that indicates it was from the last White Wires show and has amassed 115 views in a year. But Ramones fans will love their dedication to the buzz and the hook, and so will J Johnny Mezz. R.I.P. White Wires.

13. Ian Hunter - When I'm President - Still full of spit and fire, Ian Hunter's When I'm President  makes a case for the greatest rock record made by anyone over 70. 100 years from now, if someone asks your great-grandchildren what rock and roll was like, let's hope they just show them a picture of Ian Hunter.

11. The Weeks - Gutter Gaunt Gangster - Thanks T-Dawg for these guys. Southern rock soul stew that percolates and bubbles up with the funkiest bass this side of Muscle Shoals and a lead singer whose bored NYC 1977 via Otis drawl makes you want to fall in love. Coming to Philadelphia next week at Underground Arts. Don't miss them!

Posted by Trip McClatchy at 2:41 PM No comments: 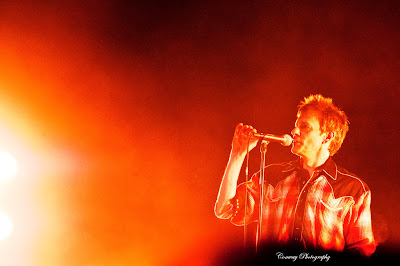 Trip and I were talking about this as I recapped the Replacements' show for him. In the grand scheme, the legion of 'Mats fans is relatively small, but if you're in, you're all in, and only another like-minded soul could ever understand. The Replacements are a secret handshake amid strangers. If you see a guy wearing a Replacements t-shirt (like Tyson, who I met at the airport on the way home), you immediately have hours' worth of conversation ready to roll.

Another one of those like-minded souls is our new pal Grant, whom Scott and I met in front of the stage that night. Grant managed to get an impressive camera rig through security, and he got some great shots, some of which we're pleased to share with you here (click on them to get a better view). For more, visit Grant's Flickr page. All photos here are courtesy of Conway Photography and subject to copyright. 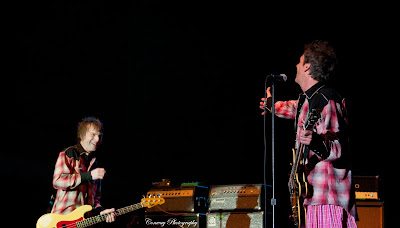 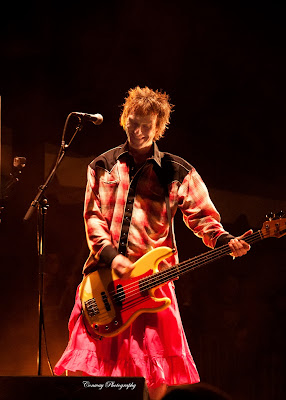 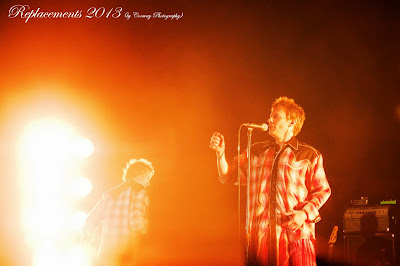 Posted by Michael Atchison at 10:44 AM No comments: