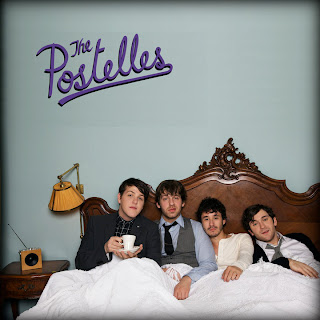 Opening with the staccato guitar romp, call-and-response sizzler "White Night", The Postelles updates the 70's power pop template with the nervous energy that all those THE bands (The Vines, The White Stripes, The Strokes, The Hives) thrilled us with a decade ago. They look unapologetically backward, and singer Daniel Balk's cheerful croon makes these mostly up-tempo gumdrops go down easy.