Posted by Michael Atchison at 1:04 PM No comments: 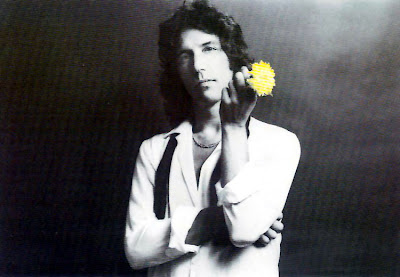 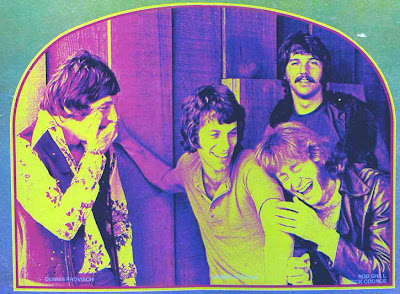 If the call letters WFIL and WIBG bring a slight pang to your middle-aged heart, chances are you know Rob Grill's voice, which was silenced Monday at aged 67. It was Grill's voice that pushed The Grass Roots bubbly, dancey bubblegum folk to the top of the charts. To a 12 year old shrimp who didn't know about the Summer of Love, Bob Dylan or the burgeoning influence of FM radio, it was 560 or 990 on the AM dial that ruled the day.

The Grass Roots, along with other great AM singles bands of the late 60's/early 70's like CCR, The Guess Who, Badfinger, The Box Tops, Bread, Chicago, The Jackson 5, Rare Earth, The Raspberries, Slade, The Spinners, The Stylistics, War and The Fifth Dimension, mounted an assault on the charts with irresistible 3 minute pop songs that still sound fresh 40 years later. Rob Grill's high, sturdy voice wrapped itself around melodies with lyrics concerning the vicissitudes of love, whispering "Midnight Confessions", lamenting "Two Divided by Love", trying to avoid "Temptation Eyes", but "Sooner of Later" deciding it was best to "Live For Today". Between 1967 and 1972, The Grass Roots spent 307 straight weeks on the Billboard charts. Nice run.

So tonight, sit back, dial up the memories of George Michael or Banana Joe Montione, and let Rob Grill and The Grass Roots remind you that rock and roll, still going strong after 55 years, is still best served up in three minutes blasts of teenage symphonies to god.

Songs in the Key of Perjury

My buddy T.J. is spending the next four to six weeks in a Washington, D.C. courtroom covering the trial of Roger Clemens, who is accused of lying before Congress when he denied using performance-enhancing drugs during his days as one of baseball’s most dominant pitchers. For his listening pleasure during the downtime that inevitably comes, here’s a Rocket on Trial playlist.

“Rocket Man,” Elton John. A cliché, for sure, but obligatory.


“The Weight of Lies,” The Avett Brothers.


“Tell Me About Your Drugs,” Robyn Hitchcock & The Egyptians


“I Don’t Believe You,” The Thermals


“Give Me Some Truth,” John Lennon


“Don’t Worry About the Government,” Talking Heads. Actually, Roger, do worry about the government.

Posted by Michael Atchison at 9:34 AM No comments: