Our Culture Hits a Peak

Posted by Michael Atchison at 3:57 PM No comments: 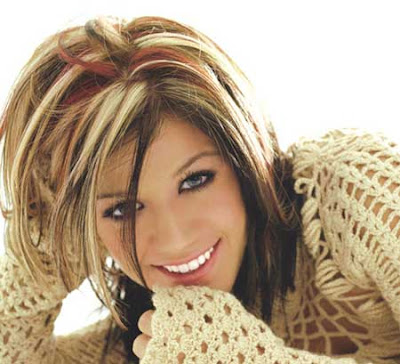 Apparently there's nothing The Gaslight Anthem boys can't do. Make 2008's best record (check), sold out club tour 'round the world (check), share stage with major influence and rock god Bruce Springsteen at the venerable Glastonbury Festival (check), cover Kelly Clarkson's "I Do Not Hook Up" (check... I mean wha-a-a-t?).
The Gaslight Anthem - "I Do Not Hook Up" (Radio One Live Lounge)
Also - the new Lucero album, 1372 Overton Park, is due October 6th. They are streaming one song "The Devil And Maggie Chascarillo" over at the band's website .... and you will love it. Dig the horns and 'Mats reference.
Posted by Trip McClatchy at 11:33 PM 2 comments:

Trip and I like to say that we don't engage in music criticism, but in music enthusiasm. We'd rather tell you about what we love than what we don't. We regularly find new music in our inbox from folks who are paid to promote acts. If it strikes a chord, we share it. If not it fades out of mind until we eventually hit the delete key.

But every once in a while we hear from someone who isn't being paid a dime, someone who just wants to share a favorite band or song. Such a communique comes this week from friend-of-blog Chris, who enthuses about Trashcan Sinatras:

i wanted to give you a heads up about a scottish band called 'trashcan sinatras' that you may or may not have heard over the years. they began in the early 90's as a smiths-esque jangle pop band and have evolved (after several bankruptcies, record label bad breaks, etc) into one of the most mature songwriting bands out there. unfortunately few people outside their cult following in the US know of them, or know they're still together. so i thought i'd pass the info along since they're releasing a new album titled 'in the music' later this year and are coming to philly on 8/14 (early & late shows @ tin angel). check out the first single here:


Dammit if Chris isn't right. That's some lush, elegant, tuneful stuff. Count me among the legions who know the band's name better than its music, but now want to hear more. It seems that the band is currently shopping for a stateside record deal. Here's hoping they succeed and soon. And if you'd like to check out some of the back catalog, here's some for your listening and viewing pleasure:

Posted by Michael Atchison at 1:35 PM No comments:

Weird and great and I knew it is less than 20 seconds.

And now I can rest. I told my partner Michael I would make it my life's work to find an mp3 of Bruce covering Strummer's "Coma Girl" last month at Glastonbury. Who are the non-interested tools chatting away during Bruce's version? And if anyone can find a video of Springsteen's "Coma Girl", please let us know.

A thirteen year old ponders the Walkman on its thirtieth anniversary. "It took me three days to figure out that there was another side to the tape."
Posted by Michael Atchison at 4:37 PM No comments:

Tonight, with my iPod on shuffle, “This Beat Goes On” by The Kings flowed into . . . “Scream & Scream Again” from the new Wussy album? It was a jarring bit of incongruity, as disorienting as hearing a cat recite Shakespeare. I had never encountered “This Beat Goes On” without it slamming headlong into “Switchin’ to Glide,” the only other Kings’ tune known to vast swaths of mankind.

It made me wonder what has happened to the two-fer, the rock radio convention that recognized that certain songs simply cannot be played without also playing the next song on the album. You know, “We Will Rock You”/”We Are the Champions.” “Eruption”/”You Really Got Me.” “Hearbreaker/Living Loving Maid.”

But all of those examples are at least a quarter century old, and I’m having a hard time thinking of any of a more recent vintage. So I ask, whither the two-fer? When was the last time two separate songs merged into one perfect whole? Anyone?
Posted by Michael Atchison at 8:29 PM 3 comments: