Have a Roman Candle Christmas 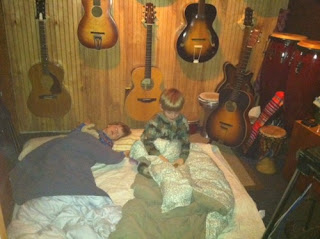 Roman Candle's Oh Tall Tree in the Ear made our list of ten best albums of the last decade (at least I think it did; feel free to check). The members of the band are in the studio with their kids working on a long-player promised for 2012. In the interim, they've written and recorded "It's Christmas, Go On and Say Hello," three minutes of yuletide cheer. Get it as a free download at the band's website.
Posted by Michael Atchison at 8:25 AM No comments: 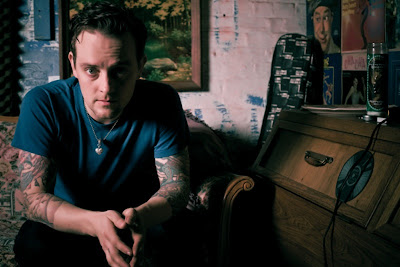 A couple of weeks ago I made the trek to New York to see a screening of the new Replacements documentary, Color Me Obsessed. If the idea of driving two hours in the rain with two other degenerates to see a music film in a dank, crowded subterranean shithole about a drunken bunch of stumblebums who were touched by genius, and knowing that the film contains exactly zero music by said stumblebums - well, if that's your idea of a good time, I've got one thing to say to you... welcome friend. This movie features talking heads doing nothing but trying to explain the unexplainable - what made The Replacements great? As the saying goes - if I have to tell you, you'll never know. But the film is a clunky, heartfelt, ultimately sweet valentine to the last great rock and roll band - you'll laugh, you'll shake your head and god damn if you don't get goose bumps just remembering how mighty they could be.

So see it if you get the chance. Right after the screening, there was a tribute concert that was pretty good, but lacked the careening unpredictability that made The Replacements either the world's greatest or world's worst rock and roll band, often in the same night. There were some head scratchers - Steve Wynn sleepwalking through "Never Mind", Robert Gordon's flabby and meandering "I Will Dare" (a waste of a big moment) and Matt Pinfield (the dj!) flop sweating through "Waitress in The Sky". Bree Sharp's Vegas-y "Unsatisfied" gets a pass because quite frankly I am not really sure I can say anything bad about her. 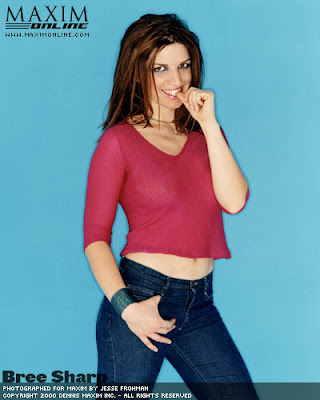 But there were also some real standouts - Kevn Kinney making "Here Comes A Regular" his own as a southern fried lament and Craig and Tad from The Hold Steady falling just short on "Within Your Reach" but knocking it out of the park on "Color Me Impressed", while Tommy Ramone gently found the sweet pathos in a moving solo take of "If Only You Were Lonely". Danny Sage seemed pleasantly befuddled as he brought some New York scuzz to "I'll be You" and "Answering Machine", while host Jesse Malin was perfectly reverential with "Achin to Be" and "Alex Chilton". But the highlights of the evening were Titus Andronicus' Patrick Stickles nailing the confused desperation of "Sixteen Blue" and Dave Hause's super-charged take on "Anywhere is Better Than Here" and an electric and show stealing "I.O.U." The all hands on deck finale of "Bastards of Young" was a fitting sloppy mish-mash highlighted by the Little Billy antics of Patrick Stickles and his video recorder.

Which is a very long way of saying go see Dave Hause tonight in his first full band Philadelphia show in quite some time. We raved earlier this year about Resolutions, his 2011 marriage of punk rock spittle and sensitive singer songwriter-isms that is one of the year's best albums. Tonight he'll be joined by Cory Branan, whose literate story songs sit somewhere between John Prine and the softer side of Lucero. And it's ten bucks. Get off the couch, lazy ass.

Cory Branan - "Troublesome Girl" (from The Hell You Say)
Posted by Trip McClatchy at 11:28 PM No comments:

This is Deer Tick conjuring the spirit of vintage Replacements while playing an homage to the Rolling Stones. The song is "Main Street." The album is Divine Providence. And if you're the kind of person who has been to this blog more than once on purpose, you should own it.
Posted by Michael Atchison at 9:24 PM No comments: