Pitchfork is streaming "Hurricane J," the first single from The Hold Steady's forthcoming album Heaven is Whenever (out May 4). Wall-to-wall coverage as the date approaches.
Posted by Michael Atchison at 9:16 AM 1 comment:

Posted by Michael Atchison at 8:33 PM No comments:

I have some news.
Posted by Michael Atchison at 9:13 AM No comments: 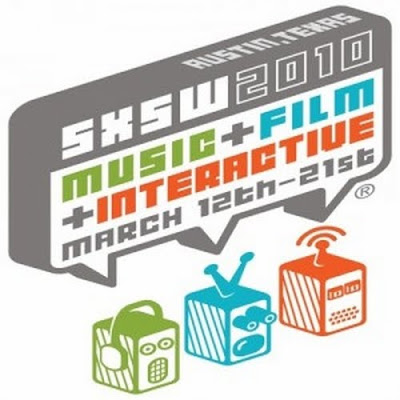 Roman Candle and Glossary in ten hours... stay tuned.
Posted by Trip McClatchy at 6:06 AM 1 comment:

Could She & Him get any more adorable?

The New Boyz Say "You're A Jerk"

My son wants to master The Jerk. I know this for several reasons, chief among them is that he told me so - and he actually practiced this new old dance move made popular by Youtube teen hip-hop sensations The New Boyz. All that is unremarkable until you look at some stats. And understand that the generation gap lives.

I consider myself moderately well-versed in pop culture, but until Friday night I had never heard "You're A Jerk", but the video for this song had been viewed over 30 million times on Youtube. For some perspective, you could start watching that video right now and stop watching in 227 years and you'd match the Youtube views. Hell, even the "making of" video has been viewed over 4 and half million times.

The song itself? Pretty annoying the first time, insanely catchy by the fifth time you've heard it, and then you're willing to try "The Pin Drop". I know I did.

New Boyz - You're A Jerk

One of the great unexpected pleasures of early 2010 is Choosing Sides, a three-song EP from Kansas City-area band Hidden Pictures. The collection of pristine indie pop with deep-setting hooks has earned a well-deserved rave from the local press, and it's available on iTunes for a measly $2.97. Really, you can't afford not to buy it.

But if you don't trust me, head to their myspace page, where you can hear all three tracks for free. Go. Now.
Posted by Michael Atchison at 4:38 PM 1 comment:

Steve Rushin's new novel The Pint Man isn't about music (though there are judicious references to Van Morrison, The Replacements and Spirtualized), so I put my thoughts about it up at the other blog, which isn't about anything. Enjoy.
Posted by Michael Atchison at 4:17 PM No comments:

See it here before it goes viral

My college friend/roommate A.J. Schnack executive produced the brand spanking new OK Go video for the song "This Too Shall Pass." This thing will be all over the internet by the end of the day. Wow.