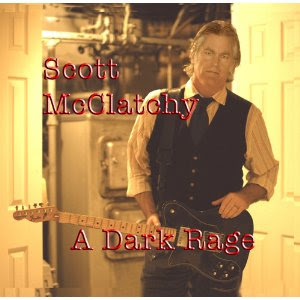 It's well-known that the proprietors of Teenage Kicks have a certain affection for Philadelphia singer-songwriter Scott McClatchy, and for one of us, the affiliation is familial. And so when we tell you that Scott's new album A Dark Rage is terrific, his best yet, you might be skeptical. So don't take it from us, take it from the Philly Inquirer's Nick Cristiano who writes "Back in the Philadelphia area after about 20 years in New York, Scott McClatchy is still turning out spirited, heart-on-his-sleeve roots-rock. And getting better at it with age: A Dark Rage is his best effort."

The very wise Mr. Cristiano writes even more that you can read here.

Enjoy the Stonesy kick of "Cigarettes, Breath Mints & Visine," which I am told is a true story, but please don't mention it to the authorities.

The album is available on iTunes and at Amazon, among other fine retailers.
Posted by Michael Atchison at 3:59 PM No comments:

The Whigs, "So Lonely"

The Whigs released an album a couple of years ago that I really liked, but then I kind of lost them. So much music, so little time. So it was a pleasure to stumble across a new video for the track "So Lonely" (and by stumble across, I mean find while wading through the dusty stacks of emails in the inbox). They make a hellacious racket for a three-piece, but they keep it tuneful, and I dig the way the singer slings his guitar high like John Lennon (Keith Richards, whose autobiography I just finished and about which I'll try to comment here at length, would not approve at all).

By the way, double click on the video to go to YouTube and watch in widescreen. I haven't yet figured out (or, haven't tried) how to embed a widescreen player, so the right side of the picture gets cut off here.

Posted by Michael Atchison at 3:45 PM No comments:

Esquire's Chris Jones has a terrific new blog called Son of Bold Venture, and it's clear from this entry that he's trying to seduce us.
Posted by Michael Atchison at 12:16 PM No comments: 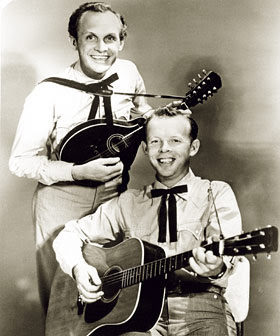 Charlie Louvin, country music pioneer and master of that high, lonesome sound with his brother Ira, died earlier today from complications due to pancreatic cancer. It's difficult to overstate The Louvin Brothers influence on classic country music and today's americana artists. Their incredible harmony singing still thrills 50 years later and their gospel leanings gave their music an otherworldly intensity. Charlie Louvin was never really able to make up for the loss of his brother Ira, who died in an automobile accident in 1965, but continued performing and recording until as recently as last year. As Mr. Louvin recounted to host Terry Gross on a 1996appearance on NPR's Fresh Air:

“When it comes time for the harmonies to come in, I will move to my left because my brother and I always used ... one microphone. Even today, I will move over to the left to give the harmony room, knowing in my mind that there’s no harmony standing on my right.”

If you're not familiar with them, you're familiar with some of their devotees they influenced, including such Teenage Kicks faves as the Everly Brothers, The Byrds, Gram Parsons, Emmylou Harris and Uncle Tupelo. If any of those artists reside in your collection, you owe it to yourself to check out Ira and Charlie Louvin - and you can start with When I Stop Dreaming, The Best of The Louvin Brothers, Razor & Tie's 5 star 1995 compilation. This is truly moving, spellbinding, timeless music.

The Louvin Brothers - When I Stop Dreaming

The Louvin Brothers - Cash on The Barrelhead

Heard it. Liked it. Sharing it.

Album out either March 7 or March 15, depending on whether you believe the website or the email that caught my attention. More here.
Posted by Michael Atchison at 10:29 AM 1 comment: