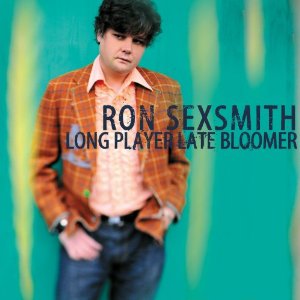 Eleven albums into a career that has flown mostly under the radar, Ron Sexsmith has had his praises sung by Bob Dylan, Bruce Springsteen, Elton John and Elvis Costello. Sexsmith writes rueful, self-deprecating songs about the painful joy of being in love. Long Player, Late Bloomer is more of the same, but only better with a strict no filler mandate among the album's 13 tracks.. The title song "Long PLayer" is a nod to his own survivor's instincts and his slow, gradual climb to the middle.


"I'm a late bloomer, I'm a slow learner
And I've turned the record over, I'm a long player
My song is my saviour, Got to raise it up"

His vocals cling to melodies like thick maple syrup on the edge of an amber jug, causing the world to spin a little slower while Sexsmith spoon feeds melancholy one bite a time.