Of Field and Fire

I’ve been meaning to wax poetic about this for weeks now, but I haven’t found the time, so instead I’ll just wax.

Field Music has made the best album I’ve heard all year and nobody gives a damn.

It’s arty, it’s quirky, it’s melodic. It’s accessible without being obvious. It’ll appease those (like me) who think Dirty Projectors are a little too out there (and in case I've buried the lede, it's called Field Music (Measure)).

It’s impossible to know how a band or a record is going to strike the public. Kings of Leon are the biggest contemporary rock band going, and they’re a nifty little combo I suppose, but why them and not The Gaslight Anthem?

I fall victim myself. Arcade Fire, whose first two albums I liked, released an album earlier this year, and I had it within five minutes. Field Music, whose first two albums I loved, released one, too, and it took me five months. Both albums are ambitious, arty and anthemic. One of them has sold hundreds of thousands of copies. The other one is great.

Arcade Fire captured the zeitgeist. Field Music captured my attention and little else.

Trip has been carrying my sorry ass on this blog for months now. I’ll try to do better. Let’s call this a start. 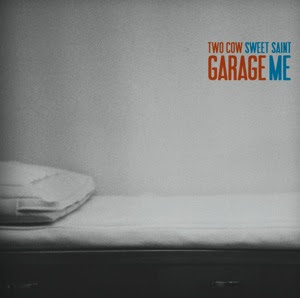 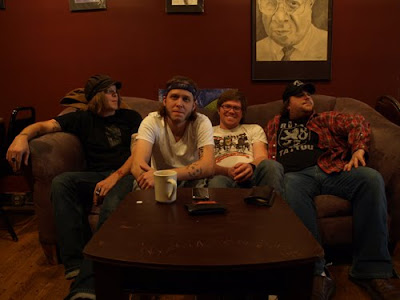 "Thanks for asking, but things have never been worse"

So goes "No Shame", from Two Cow Garage's 2007 album III, and it just about sums up the band's worldview. Singer Micah Schnabel posits there's no shame "in just giving up and walking away". While that might be true for some bands, it would have been a terrible shame if Two Cow Garage had packed it in back in 2007. They wouldn't have hit on the career detours, one night stands, broken promises, empty rooms and deep self analysis that have led to Sweet Saint Me (out this Tuesday on Suburban Home Records), their no-doubt-about-it high water mark as a fierce rock and roll band.

Main songwriter Schnabel spares no one, least of all himself, as he examines the rock life choices he and his friends have made in pursuit of the perfect riff. On Sweet Saint Me, Andy Schell's piano and B3 sweeten and deepen the self-loathing that threatens to sink the band in a morass of self pity. But hold off on the pity party for this band, because they've delivered one of the most vital rock records of the year, sown from seeds of desperation and heartbreak.

Soak in the glorious sing-along "Lydia", about a troubled woman-child, an Adam and Eve vision that haunts every barfly on a bender. There are no happy endings here, except for the 75 minutes on stage each night. The album's title track may be Schnabel at his most self-flagellating, flinging self-inflicted daggers like "my own words are turning on me like a gun inside my mouth". but a thumping rhythm section, swirling B3 and clackety guitar make the medicine a little easier to swallow. And the age old question of every indie band that scuffles even remotely with success is dissected in "Soundtrack to My Summer", as the band are "going to sleep as punk rock kids" and "waking up part of the machine". For those who like their rock straight, no chaser and abhor dj dance club culture, check out this diatribe from "My Great Gatsby":

"Since Dylan went electric, man, things just ain't been the same
Now djs are making records, could you please just be ashamed
Of your raping and your pillaging of this thing we love
Now I'm stuck down here on the killing floor and I need someone to shove.

The album's relentless, claustrophobic wallow is leavened somewhat by contributions by bassist Shane Sweeney, he of the Civil War-worthy muttonchops. "Wanted To Be" and "Closer to You" feature Sweeney's warm, craggy baritone that sees the light, knows the shared blood spill is worth it, and seems to prop up his world-weary brother. This is a band with a bond that runs so deep that they had to close the album with the call-to-arms of "Brothers in Arms" that celebrates not only their own shared struggles but those of any desperate band of brothers. And that bond is passed on to the next generation in "Jackson Don't You Worry", an unsparing chronicle of bringing kids into the rock crucible, where you celebrate "birthdays and graduations through a telephone", but physical absence doesn't have to mean spiritual absence. Note the bookend cribbing of Big Star and Springsteen.... is there a better pair to pilfer from?

Just 'Cause You Feel So Good, Do You Have to Drive Me Out of My Head?

Just finished watching the movie Pirate Radio, and while it appears to be a rather sanitized version of British pirate radio in 1966, it is hugely entertaining and worth two hours of your time. The above is a deleted scene from the movie, and one of the best music videos of the last ten years.

I am also certain that 1966 was the single best year in the history of rock and roll. The Beatles, the Rolling Stones, Bob Dylan, The Kinks, The Supremes, The Four Tops, The Temptations, The Beach Boys and even the Prefab Four, the Monkees, were in their prime. Radio ruled with a wide-ranging diversity and endless supply of three minutes songs whose heart and soul have provided the blueprint for every rock band that followed.

Watch Pirate Radio with measured expectations, enjoy the fab music and dry, awkward humor and revel in the notion that not one song from 1966 has aged a day.

The Rolling Stones - "Get Off of My Cloud"
Posted by Trip McClatchy at 11:56 PM 1 comment: