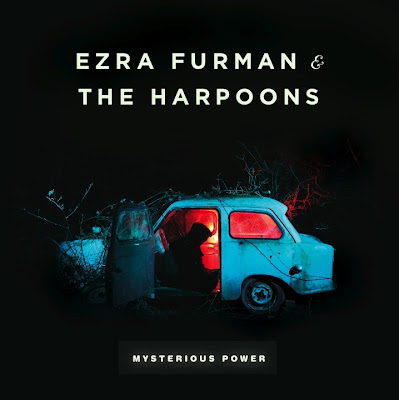 Back in December 2009 I saw Ezra Furman and The Harpoons at Johnny Brenda's, the Holy Grail of rock clubs. And the one thing I remember about that night was a new song they played that I assumed was called "Mysterious Power". Every now and then I'd think about that song and wonder if it was really as good as I remembered or if the intoxication of venue and Kenzinger's had created a romantic ideal of a song that could never live up to the hype.

Well, guess what? The new album by Ezra Furman and The Harpoons is called Mysterious Power. Hot diggity dog! And while I've set the bar impossibly high, the song does not disappoint. The song appears to sum up the power of music and being alive in just over three minutes, all delivered in Furman's odd nasal yelp reminiscent of a sweetly unhinged mix of Gordon Gano, Neil Young and Jonathan Richman and set to a loping Kweller piano romp. You will love this song - it will make you feel glad to be alive.

Mysterious Power is out this Tuesday, 4.5.1, on Red Parlor Records

Ezra Furman & The Harpoons - "We Should Fight" (from Inside The Human Body)
Posted by Trip McClatchy at 11:43 PM 1 comment:

Imagine you are driving a suped up, 1967 Camaro straight down Charles Street blind drunk on PBR pounders... and then you chuck the steering wheel out the window. That's what this song sounds like:

The Dropkick Murphys latest, Going Out in Style, features not only the title track but special guest star Bruce Springsteen guesting on buzzsaw rave-up "Peg O' My Heart". There is simply isn't a better way to spend three minutes. And hooray for Bruce's "rock voice" - let's get him in the studio and make a record with these guys.

Buy Going Out in Style.

Dropkick Murphys - "Tessie" (from The Warrior's Code)
Posted by Trip McClatchy at 11:38 PM No comments:

As we prepare for the start of March Madness, today we celebrate one of the great NCAA Tournament upsets of all time. LOOK AT THIS! LOOK AT THIS! THEY WIN!

And check out this video from a game I witnessed Saturday. My nephew, Princeton freshman Tom Noonan, is going to the NCAA tournament. Unreal.

Finally, the greatest video of all time, possibly the sole reason for the internet to exist. Oh no. 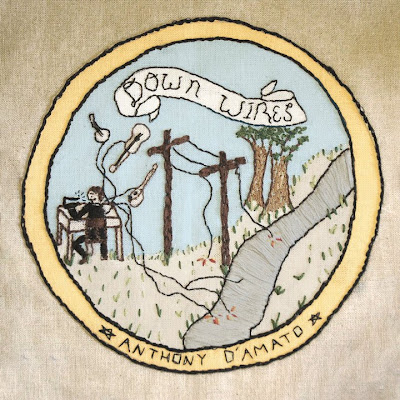 There's a blind, sweet and unfortunately commercially soft spot where 70's AM radio, power pop and alt country coalesce into an impossibly perfect blend of indelible melodies and sweetly sour tales of broken hearts, just-out-of-reach dreams and roads not taken. Some fairly recent examples are Jason Collett's Idols of Exile, Jesse Mailn's The Fine Art of Self Destruction and Jeremy Fisher's Goodbye Blue Monday - all among the best records of the last decade. We can add Anthony D'Amato's Down Wires to that list.

It only takes about five seconds for Down Wires to slay - the ringing, opening guitar riff of "Ballad of the Undecided" recalls the Bodeans in their prime (let's add Love And Hope And Sex And Dreams to the above list) and although D'Amato states he's "just a man who doesn't know what he wants", I get the feeling he knows exactly what he wants - to make more records that shine like this one.

This disc is a throwback to the 10 song, 40 minute album - all meat and potatoes and no appetizers. "Once" is a litany of places where love's been found ("in your patience", "in the blink of an eye", "on the sidewalk", "in a love song", "in the tv's glow" and even "in the cocaine snow") and then disappeared, all leavened with mournful harmonica and quietly graceful piano.

A recent Princeton grad (go Tigers!) who recorded Down Wires in his dorm room, D'Amato is giving singer-songwriters a good name, returning to simple songcraft as a calling card, instead of over-emoting navel gazing. And he's having serious fun - especially on the jaunty, hiccupping mandolin plea "Never Grow Old" and album standout "My Father's Son", whereby his gene pool seems to steer him on an unavoidable journey.

Down Wires was a late 2010 release that's gathered steam every time it cropped up on the ipod. It's one of those rare albums where your favorite song changes daily, and it makes you want to start a record label to get this thing heard.

And for a free download of D'Amato's latest single, "Songbirds" (for the princely sum of providing your email address), click here.