Because once isn't enough

Posted by Michael Atchison at 4:54 PM No comments:

The Best Song of 2010 is Not Safe For Work, Children, Parties, The Supermarket, School, In Fact, Almost Any Social Gathering... But Oh My, Is It Good

Back in the days of historically bad break-ups, broken hearts and the occasional restraining order, I dreamed of a song that would combine the cavity-inducing bubblegum smarts of the Grass Roots, the urgency of primal rock and roll and the screaming soul chops of Otis Redding and Little Richard all wrapped in an exuberantly profane chorus that focuses on the one word that gets daily workouts from all walks of life, but still maintains it's hard-earned bad boy image.

That song has finally arrived and "Fuck You" by Cee-Lo Green is the best song you'll hear all year, and it'll be despite the saucy chorus, and because it imagines that Terence Trent D'Arby had fulfilled the promise of his debut and decided to mash 50 years of soul music into 3:45 of spleen splitting, piano driven, loaded with oh-oh-oh's call and response euphoria. And it's even better than that.

And because we love a good kiss-off as much as the next guys, here's a few of our favorites including two more NSFW entries by the similarly agitated Tonio K and Harry Nilsson.

Ain't that some shit.

Cee-Lo Green - "Fuck You" (from the upcoming Lady Killer)

Nilsson - "You're Breaking My Heart" (from Son of Schmilsson)

The Beat Farmers - "Goldmine" (from Tales of The New West)

New Video from The Duke and The King

If "Shaky" is any indication, the sound on The Duke and The King's new album has a sound that's a little bit fuller (horns, group harmonizing) but the songs will retain that looking forward/looking back wistfulness that characterized much of their debut, Nothing Gold Can Stay. TD&TK mainman Simone Felice heads out for some solo dates, including a local stop at the intimate First Unitarian Side Chapel, and you will not see a show in a better venue this year.

Teenage Kicks in a nutshell

If there were a pedal steel in here somewhere, it would be the perfect synthesis of our record collections.

Posted by Michael Atchison at 3:34 PM No comments:

Long Live The Duke & The King! 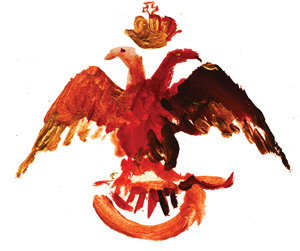 Teenage Kicks faves The Duke and The King return with their new lp, Long Live The Duke & The King, on September 27. No specific label, track info or cover artwork yet, which in the internet age is a bit of a treat as the band and their new release retains a bit of mystery as we wait for the actual release day to hear the new record.

Nothing Gold Can Stay, their debut, was an introspective, soulful stunner, with Simone Felice emerging as a significant voice among the alt-indie-folk dream weavers. It's been an event-filled couple of years for Felice, including recent open heart surgery. Earlier this month he self-released an acoustic disc, Live From A Lonely Place, where he re-interprets the five best songs from Nothing Gold Can Stay, reclaims a handful of Felice Brothers songs and offers up two new songs. The treatments are really spare, with just acoustic guitar and the occasional harmonica for accompaniment.

The Felice Brothers - "Waterspider" (early version of song that appears on Nothing Gold Can Stay)
Posted by Trip McClatchy at 11:17 PM 2 comments:

Al Gore Gets His Inner W.A.S.P. On 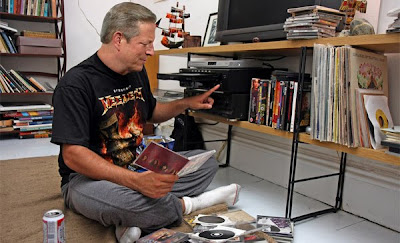 From The Onion, Recently Single Al Gore Finally Able To Listen to W.A.S.P Albums
Posted by Trip McClatchy at 2:16 PM No comments:

The Ike Reilly Assassination, a searing , combustible mix of the DIY punk rock of '77 and the classic rock of Dylan and Springsteen, went three years between Philadelphia gigs and by the end of the week they'll have played 4 Philly shows in three months. Lucky us.

Ike Reilly's current media blitz is in support of Hard Luck Stories, one the best releases of 2010 (and 2009 too, since it was a digital only release in Novemeber 2009). Reilly is, quite simply, one of the best current songwriters working, and he's still getting better. Just don't ask him to "magic rat" you.

Tonight come join the faithful as Reilly and crew take Girard Ave. by storm by smacking you in the face at the M Room, a perfectly seedy hole in the wall right near Frankford and Girard, about a block away from Johnny Brenda's. And get there early (ten?) for Standard Fare, a Brit-pop three piece wallowing in romantic angst, featuring the slightly agitated, wobbly warbling of one Emma Kupa and three minute post-punk songs that sound like a cross between Art Brut and Liz Phair (Guyville Liz Phair, that is).

And then Friday at noon, Ike Reilly will play a FREE show at World Cafe Live. You can go (remember it's FREE) or listen to show on WXPN. I suggest a go route. Get your FREE TIX HERE.

Ike Reilly Assassination - Garbage Day (from Sparkle in The Finish)

You can order his music here.