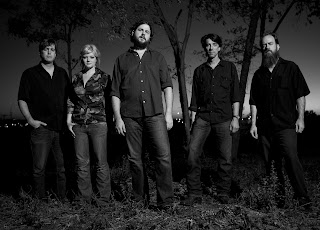 I remember feeling heartbroken that day back in 1994 when I heard the news that Uncle Tupelo, my favorite band since the demise of the Replacements, had called it quits. After three indie albums that demonstrated the ferocity, purity, beauty and, ultimately, maturity of their music, they moved to the majors and released Anodyne, an alt.country landmark, the truest synthesis of their punk and country sensibilities, and the best balance of the established talent of Jay Farrar and the emerging vision of Jeff Tweedy. Sadly, it proved to be not just a milestone, but a tombstone, an epitaph for a great and important band.

My sorrow, it turns out, was unwarranted. Within a year or so of Uncle Tupelo’s demise, Farrar formed Son Volt and released Trace, a masterpiece that defines the movement more than any other record, and Tweedy formed Wilco, and, well, you know that story. The two made more great music apart than they ever could have made together. Divided, they conquered.

Drive-By Truckers have never been as important to me as Uncle Tupelo was, but I still was curious about their future after word broke that singer/songwriter/guitarist Jason Isbell had left the fold (though, to be fair, DBT – led by founders Patterson Hood and Mike Cooley – was a formidable band before Isbell ever joined). Now, after hearing the products of their separation, I proclaim this breakup a success.

Isbell acted first, releasing last year’s Sirens of the Ditch, a fine (if uneven) effort, that contained a trio of songs – “Brand New Kind of Actress,” “Chicago Promenade” and “Dress Blues”- as instantly memorable as anything to come down the alt.country pike in recent years. The real triumph, though, is the Truckers’ Brighter Than Creation’s Dark, a tour de force of Southern American music, rich in detail and relentless in execution, and the best new album I’ve heard so far in 2008.

It’s nineteen songs of classic DBT, alternating between thunderous rock (Cooley constructs a filthy Stones groove on “3 Dimes Down” and Hood matches it on “The Righteous Path”) and pristine country (“Lisa’s Birthday” exists at the intersection of Willie and Merle). There are also songs like “The Opening Act” that combine Hood’s gift for the journalistic, cinematic and atmospheric. Some of the most welcome contributions, though, come from bassist Shonna Tucker, who experienced a less metaphorical divorce from Isbell. Here, she steps out of her ex-husband’s shadow and supplies three songs and some husky Shelby Lynne vocals that cut through the band’s decidedly masculine ethic.

Everything about the album conveys depth – deep South, deep blues, a deep connection to the people who inhabit these songs. Despite its charms, though, the album is also deeply flawed, marred by Cooley’s “Bob,” a character study about a rural loner who prefers the company of his dogs to that of men or women. It’s an unexceptional song notable solely for a regrettable couplet: “Bob ain’t light in the loafers/He might kneel but he never bends over.” It’s a slice of sophomoric homophobia that ought to be beneath a band – and an album – this good.
Posted by Michael Atchison at 10:29 PM

Well said. Both albums are very good, though there could be 3 less songs on BTCD without much lost.

I advise all faithful Teenkicks readers, though, that the DBTs are a dish best tasted live. The past 3 times that I've seen them (watered down, unenthusiastic SXSW '06 acoustic performance notwithstanding) they were simply the best live band in the world that night.

They bring it, all of it, every time they hit the stage. The tour started last Friday. They spend the first leg out west with Trip's recent rave The Felice Bros, moving east (Omaha 2/25, Columbia MO 2/26, St Louis 2/29 for you Michael). Memphis and Nashville sport my homeboys Glossary.They finish the first phase of the tour on an east-coast swing with The Whigs (Philly on 3/27 for PK and Trip).

Don't miss it, even if it is a weeknight. You'll seldom find a better coupling of great music. loud guitars, sweat and a blond girl bass player swilling Jack from a 1.5L bottle. These guys are believers.