Rock and Roll Can Kiss My Ass... 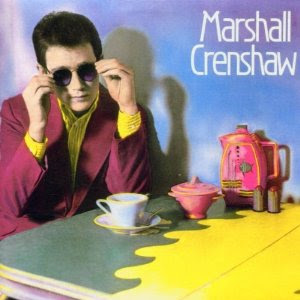 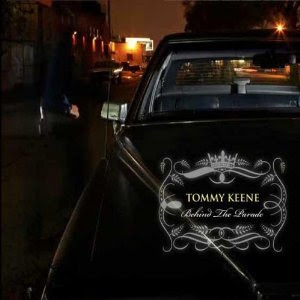 As Teenage Kicks (quietly) celebrates our fifth birthday (stay tuned for a couple of contests next week), on Saturday we'll be hightailing it down to the new World Cafe in Wilmington, DE to catch Marshall Crenshaw celebrating the 30th anniversary of his stone classic debut album. A primer on creating the perfect pop song, Marshall Crenshaw has been a constant companion on every road trip for Mr. & Mrs. Teenage Kicks (speaking of Mrs. TK, happy anniversary baby!). And wait, it gets better! The Bottle Rockets, promoting their new acoustic disc Not So Loud!, are opening the show and will serve as Crenshaw's Crickets to his new wave Buddy Holly. Concert wood alert!

But tonight, halfway across the country at The Turf Club in St. Paul,MN is the superb triple bill that has us salivating - Tommy Keene, Slim Dunlap (Slim!) and Minnesota's best kept secret High on Stress. Tommy Keene has been so good for so long that I hereby declare him a national treasure. His latest, Behind The Parade (out now on Second Motion Records), is exactly what you'd expect - 10 blasts of revved up guitar pop nirvana. Slim Dunlap is best known as the post-Bob guitar player in the Replacements and a charming, if slightly wobbly, frontman in his own right. High on Stress open the show (then pull a Bottle Rockets as Slim's band) and their jangle crunch is highlighted by main man Nick Let's sardonic wordplay and world-weary delivery. Their 2008 release, Cop Light Parade (no relation to Behind The Parade), pretty much tells everyone to kiss their ass - I love High on Stress.

Marshall Crenshaw - "Cynical Girl" (from Marshall Crenshaw)
Bottle Rockets - "Kerosene" (from Not So Loud)
Tommy Keene - "Deep Six Saturday" (from Behind The Parade)
Slim Dunlap - "The Ballad of The Opening Band" (from The Old New Me)
High on Stress -"Table 8 in Queens" (from Cop Light Parade)
Posted by Trip McClatchy at 11:52 PM